Irfan Habib, noted Historian while speaking in JNU commented on the recent issue of nationalism that Bharat Mata is not even Indian. According to Habib, 'Bharat Mata' was an import from Europe and there was no evidence of any such imagination in either ancient or medieval India. So, did the idea of 'Bharat Mata' come from Britannia? In the 2nd century, Roman Britannia came to be personified as a goddess, armed with a trident and shield and wearing a Corinthian helmet. She sat on a lion too. It is a European import. Notions of motherland and fatherland were talked about in Europe.


First of all I feel pity of the incompetent and deficient knowledge of Irfan Habib. He seems to be driven by the mindset approach of Islam. He must possess rational and scholarly approach in dealing with such sensitive issues.


Third Irfan Habib seems to be partially correct in saying that the idea of Bharat Mata is not even Indian. In reality it’s Universal. For any person in the World the land where he first opens his eyes, first inhales its air, eat and drink its food to survive, it’s like his mother. Motherland is like care-taker to anyone. As mother takes care of its baby in similar way motherland takes care of humans. That’s the logic behind the concept of Motherland. Now analyzing your claims of Bharat Mata to be imagined in 2nd century I will like to quote ‘’Prithvi Sukt’ from 12th Chapter of Atharveda. This Sukt explains that our Motherland provides us with all comforts, bless us with prosperity, courage and splendor. So, we must glorify, respect, protect, admire and honor our motherland. You can read similar message in Yajurveda 2:10 and 9:22. So, the concept of motherland is derived from the Vedas. It’s neither foreign nor an imagination. It’s a real and admirable concept as it teach us to love our motherland.


Opposing any great concept just to satisfy wicked politicians and there vested interest is nothing more than foolishness. Nationalism should be the first preference for all countryman whether Hindu or Muslim of Christian. It’s a noble idea above the beliefs of Religion.

http://www.huffingtonpost.in/2016/03/29/mohan-bhagwat-bharat-mata_n_9560680.html?utm_source=COLUMBIA&utm_medium=cpc&utm_campaign=DailyManual8Jan_31JanIndia
Posted by vedic wisdom at 8:00 AM No comments:

डॉ विवेक आर्य
Posted by vedic wisdom at 5:58 AM No comments: 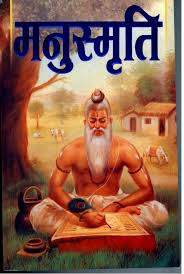