Understanding the true meaning of Mitra-Varuna 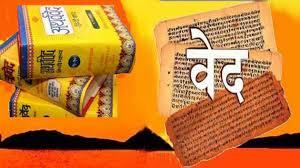 Understanding the true meaning of Mitra-Varuna

I came across an article titled Homosexuality, Hinduism & the Third Gender (A Summary). In this article the writer who seems to be a big supporter of Homosexuality is trying unsuccessfully to search support from Vedic Scriptures[1].

The writer writes that

“Some of the best known instances involve the water-gods Varuna and Mitra, the latter of whom is described in the ancient Shatapatha Brahmana text as “implanting his seed” in Varuna on every new moon night in order to secure the moon’s waning[2].”

He considers that Varuna and Mitra are Gods who were in Homosexual relations. It seems to be an absurd thought originated from a mind full of complete ignorance.

“Mitra (from nimid to love) means God, because He loves all and is worthy of being loved by all. Varuna (from vri - good or vara - to desire) is One who is best, holiest of all and desired and sought after by all righteous, pious and learned men who are seekers after truth and salvation.”

Both of them are different names of one God based on different qualities. We can understand this by Rigveda mantra 1/164/46

It states that God is one but the sages and wise persons call God by different names, but nevertheless He remains the One God; Indra, Mitra, Varuna, Agni, Divya, Suparna, Garutmaan, Yama and Matarishva.

Similarly in Atharveda 16/6/6, Yajurveda 36/9 and Rigveda 1/90/9 sings the Glory of God by describing seven of his names based on seven supreme attributes. The seven names of God Mitra, Varuna, Aryama, Indra, Brhaspati, Vishnu and Urukrama.

In Rigveda 7/64-66 Mitra-Varuna are Devtas of three suktas. According to Swami Sampurnanada[3] Mitra denotes Brahmana (learned scholar) while Varuna as Kshatriya. The dual Mitra-Varuna rules the kingdom and makes it prosperous by consulting each other. Varuna offers his strength, maintains law and order while Mitra through his knowledge and wisdom service his nation.

It should be noteworthy that Vedic scriptures apart from the Vedas should be interpret in accordance with the Vedas. They all are like branches of same tree. So, they should also provide same message as the Vedas. Following this rule the interpretation of Shatapatha Brahmin should be in accordance with the message of the Vedas. Now we come to the doubt that Do the Shatapatha Brahmin supports Homosexuality? The answer is that here the Mitra and Varuna denotes Night and Sun. As Sun arrives the moon fades. This cycle is mentioned in ‘Alankarik’ way. Take home message is that we need to understand our scriptures in proper way before interpreting them in irrelevant and illogical way.


[2] Tritiya-Prakriti: People of the Third Sex by Amara Das Wilhelm, in the chapter entitled “Hindu Deities and the Third Sex.”